Facebook split testing tools improved a lot on the advertising platform this year. What was once a manual process of changing variables slowly over time, campaign by campaign, is now a much quicker process with several new tools. One of the first projects where I used Facebook split testing tools for Facebook advertising was on a campaign for Catskills Trout Tales. This was a strategic destination marketing campaign with a lot to do over a short period of time. 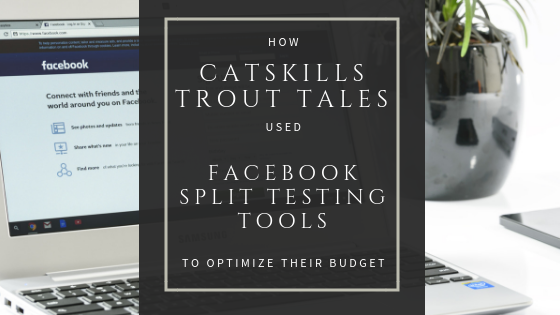 What is Catskills Trout Tales?

The Catskills is the birthplace of American fly fishing and its biggest tourist season is the summer. A group of local businesses and attractions teamed up to create a shoulder season initiative to attract visitors at the start of trout season – spring. They called it Catskills Trout Tales. This grassroots tourism program boasted a collection of 100 organizations and events throughout April and May. Our team at Break the Ice Media was engaged to create and execute a marketing plan from March through May. With a tight budget and timeline, we did everything we could to create efficiencies and optimize the budget. Facebook split testing tools were one way we accomplished that.

A traditional split test is rather scientific. There is a control and a variable. Before Facebook split testing tools rolled out, advertisers had to test elements of their campaign by changing one thing at a time. That way, you can tell which element truly performed best. But this year, the platform added tools that let you test while your campaigns are running, and you can test more than one variable in a campaign. Facebook does all the control-variable pieces for you, and serves the ad elements to your audience to test them one by one throughout the campaign. The tools allow you to test everything from creative elements and placement, to audience and delivery. For Catskills Trout Tales, we tested the creative elements of the ads using Facebook’s dynamic creative tool.

One of the tactics of the campaign was a getaway contest with some amazing prizes. We worked together to develop the prizes and settled on six spectacular experiences for six lucky winners. I built the contest through Wishpond and it lived on the Catskills Trout Tales website. We gave away one prize at a time over several weeks, building excitement, awareness and entries within the target audience. 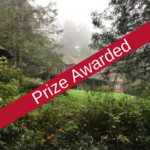 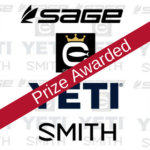 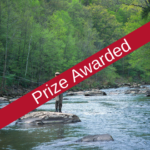 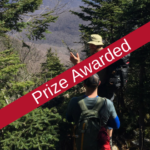 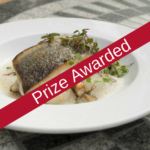 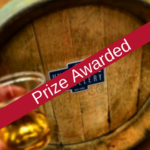 For a brand-new tourism program, awareness is a huge factor. Especially when the target audience is the high-demand population of people living in New York City. I set up the three audiences with interest targeting and delivered different messages to each. For anglers, I emphasized fly fishing and the significance of the Catskills. With families, I emphasized the family experience. I highlighted the experience of the prizes for the HENRYs audience.

Previously, without Facebook split testing tools, I would have run three ad sets for two weeks and tested pieces of the creative. Which button performs best with each target audience? Which image works best? Instead, the ads began at the end of March and ran through the end of May – about 9 weeks – and dynamic creative helped me with creative split testing throughout.

Why is creative split testing helpful?

With dynamic creative, I set up multiple creative elements at once and Facebook takes care of the rest. For this campaign, I tested the images, headlines and calls to action. 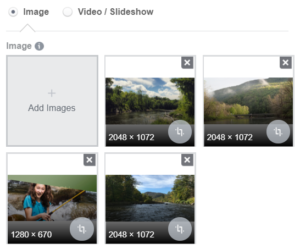 Every two weeks, I went in and adjusted the ads like usual. Except this time I had more results to check on and therefore more information to adjust the ads with. Using the results breakdown tool, I could see how the results came in for each dynamic creative element. Was there an image that performed best? Or maybe two? I was able to quickly optimize the creative elements in the ads to keep them fresh and interesting for the target audiences. After just two weeks of running ads, the remaining weeks were focused on maintaining and improving the ad performance.

Over 9 weeks, Facebook advertising for the contest reached 117,000 people in the target audiences. The ads drove engagement with the page and spread campaign awareness: 8,400 post reactions, 83 comments, 217 shares and 392 page likes. 5,147 clicks to the website’s contest page drove the majority of the 3,651 contest entries.

The contest itself was a great tool for launching Catskills Trout Tales socially because it generated awareness and excitement at the same time. Experience-based prizes showed the target audiences what they could do when visiting the area. And the program now has 3,651 people to market to for next season. 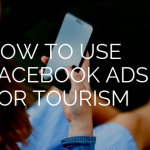 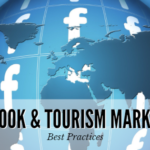 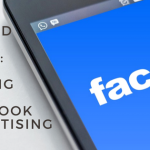