According to the 2021 Collaboration Impact study, 50% of respondents said that the teams they’ve worked with in collaborations have been very diverse in terms of experience with collaboration and role level in their organization. Strikingly, only 14% of respondents said their collaborative teams have been diverse with respect to race or culture. Collaborating teams are woefully lacking in diversity of race or culture. Additionally, when respondents were asked if they believe that inter-organizational collaboration could help organizations in the travel, tourism, and hospitality industry survive current challenges and be more successful over the next five years, 60% of respondents overall and 81% of Promoters answered “definitely.” Doubters and Protectors were more reserved, but still nearly half of each segment responded “definitely.”

To build a more diverse collaboration, be intentional about the partners you seek. Look for those who bring different perspectives to the table. Setting your intentions and focusing will lead you to achieving your goals. When you set an intention and start to act, things happen. It may seem like small, incremental moves at first, but suddenly you will find yourself reflecting and those incremental moves have led to monumental shifts and changes.

Improving Inclusion with Collaboration: A Story

Diversity, Equity, and Inclusion (DEI) is coming to the forefront of everyone in the travel and tourism industry’s mind. In my interview with Marc Garcia from Visit Mesa on episode 275 of Destination on the Left, he shared his personal passion for making his community a fun place to visit for all travelers by becoming the first autism-certified city in the United States.

Garcia had experience with multi-cultural initiatives throughout his career from the Phoenix Multi-cultural Arts Foundation to running a multi-cultural affairs department focused on attracting ethnic meetings and conventions to his community. Even with that experience, the idea to focus on autism in Mesa came from his youngest son who was diagnosed with severe autism at age 14 months.

Garcia explained the journey his family had been on to figure out how to care for his son, what his needs were, and where to obtain the services he needed. Living their lives included summertime family vacations with a tradition of travelling to Southern California and spending a lazy week at the beach.

One summer, they decided to immerse themselves in the city to try different restaurants and visit museums and attractions. They split their vacation time half of the week at the beach and half in the city. Garcia reports that they had a really bad week as his son had meltdown after meltdown. He described the awkward stares and muffled whispers the family would get when his son acted up. He noted they were coming from the hospitality professionals in hotels, restaurants, and attractions. That is when Garcia decided that he wanted to do something to make it easier for families with autism to travel and enjoy a vacation together.

Visit Mesa was in the middle of a three-year strategic plan when Garcia presented the idea of becoming autism-friendly to his Board of Directors. His research showed that 1 in 100 kids were diagnosed with autism 10 years ago. At that time it was 1 in 58, and in the 2020s it is 1 in 44 who are eventually diagnosed with autism. Garcia knew that this was a loyal customer base and a growing market, which helped him make the business case for his big idea. Not only was it the right thing to do but it was a good business decision if they could get out in front of the market. The Board of Directors and the staff at Visit Mesa bought into the idea and in the Fall of 2018, they started to build a collaboration to make Mesa the first autism-certified city in the United States.

Since Garcia’s son was getting resources from local organizations, he started working through his network to find someone to provide education to the hospitality industry, hoping to find a certification program. He couldn’t find any programs that existed locally, so he looked nationally and came across the International Board of Credentialing and Continuing Education Standards based in Jacksonville, Florida. The organization had autism-certified school boards, public safety groups, healthcare and educational professionals. They had started to certify hotels and attractions scattered across the country, but never an entire city. After several conversations together they determined if Mesa could get 58 hospitality businesses and 80% of frontline staff to go through this educational program, they could achieve certification as an autism-certified travel destination. The first focus was the destination and not the whole city.

The Visit Mesa staff went through the program first in February 2019, followed by a community-wide launch that April. They partnered with five organizations to launch the program, including the Chamber of Commerce, the City Parks Department and three of their largest hotels. They engaged the Mayor of Mesa and had him on camera carrying the message of why the initiative was important. Garcia described the domino effect that happened after launch as unbelievable, with business after business signing on to be part of the certification program. With outreach through the mayor’s office and the Chamber of Commerce, many businesses outside of the hospitality industry saw the certification program as a workforce recruitment tool. Boeing, local auto shops, a major utility company and many more signed on, and the program kept growing.

By late summer 2019, Mesa had exceeded the requirement of 58 businesses, and they had trained almost 5,000 people. With that success, they announced in November of 2019, that Mesa was the first autism-certified city in the country. They received a lot of great press stories with coverage in the LA Times, New York Times, BBC, and other top-tier outlets. They booked several meetings and conferences because of the designation, which Garcia says brought them strong ROI right at the start of this initiative.

Garcia points to the ongoing effort beyond the certification that is so important to this collaboration’s success. For example, on April 2, 2022, World Autism Awareness Day and start of National Autism Awareness Month, they partnered with two microbreweries to for a special beer release, Spectrum Double IPA. This partnership supports the autism-certified city while promoting Mesa’s burgeoning beer scene as they are also becoming known as a beer city.

A portion of the proceeds from the beer sales will go to support the recently formed Mesa Regional Foundation for Accessibility, Diversity, and Inclusion. The foundation was established to work on programs that further the cause. The first pilot program focused on introducing high school students from Title 1 schools to career opportunities in the hospitality industry. They are also developing a pilot program for sixth- through twelfth-graders who have an affinity for gaming, which many kids on the spectrum do. That program is a partnership with Arizona State University, who is opening a brand-new campus in downtown Mesa offering majors in artificial intelligence, augmented reality, virtual reality, gaming, and coding.

Garcia built a collaboration that has far-reaching impacts. Not only is he making a difference in his community, but he is also making the lives of autism families easier. 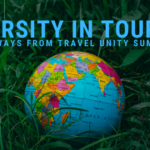 Diversity in Tourism: Takeaways from the Travel Unity Summit Southeast 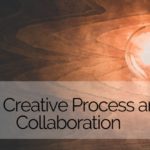