Today, we will cover the third “C” – Commitment.

When you embark on a world-changing collaboration, you need commitment to see it through. There will always be roadblocks and obstacles to overcome.

The definition of commitment is the state or quality of being dedicated to a cause or activity. When you are committed to something, there is no question whether it will succeed or not. Because your commitment will see it through.

Imagine you joined a volunteer fire department. When you join, you commit to the cause and you trust the commitment of the other volunteer firefighters. Imagine running into a burning building and you are ready to fight a fire. What would happen if you weren’t committed to fighting that fire? If your fellow firefighters, your partners, your collaborators, weren’t committed to fighting that fire? What are the chances you will succeed in getting that fire extinguished? You might think twice about running into that burning building in the first place if you didn’t have the commitment to make sure you succeed. Commitment is critical to creating a successful world-changing collaboration.

Commit to the hard work that it will take to accomplish the shared vision. A great way to make sure everyone commits to a collaboration is to set deadlines for tasks and milestones. Remain open-minded and ask for solutions when roadblocks appear.

We are at our creative best when faced with a challenge or adversity. Don’t let those moments go to waste, stay committed and continue moving forward. Your attitude can make the difference between success and failure. Have a can-do attitude and focus on the long-term vision that will help you stay on course and committed to seeing the world-changing collaboration through.

If you want to learn about hard work, commitment and adversity, ask a farmer. And that’s what I did when I talked to Scott Osborn from Fox Run Vineyards on Seneca Lake in Finger Lakes Wine Country in New York State (Episode 169).

In many areas of the world, wine and wineries are a big part of the tourism product and the Finger Lakes is no different. I was curious to know how wineries create world-changing collaborations, so I talked to a winery owner who has been in the business over 30 years.

When Scott bought his winery, perceptions about NYS wines, if there was any awareness at all, was that NYS wines were very low quality and sweet. Back then it was hard to convince people from the closest metropolitan market to make the drive to experience the wines in their own backyards. Scott called it the invisible hour. People from Rochester would not drive more than an hour for a day trip. One day, Scott drove to Rochester to visit his father, he looked at the clock before he left and when he arrived in downtown Rochester. It took 55 minutes. A lightbulb went off in Scott’s head, and he started a radio campaign advertising that his winery was only 55 minutes from downtown Rochester.

Scott’s customer counts doubled that year, and he realized the customer wanted more to experience. His staff started recommending the winery two minutes down the road and all of a sudden people started to realize there was a wine industry and that it was a perfect day trip.

Over the years, Scott has seen his winery visitors change from nearby day trips to people from Pennsylvania, New Jersey, New York City and Europe.

Commitment to a World-Changing Collaboration

Scott points to many world-changing collaborations that resulted in the Finger Lakes wine region attracting visitors from near and far. One of the more interesting collaborations came about as he tried to sell his wines into Europe. He’d been going with the New York Wine and Grape Foundation to Europe doing shows. One show he’d done for three years in a row. At the shows, distributors would ask which importer they could get Fox Run wines from. Scott would talk to importers and they would say, we will bring in three cases and see if it sells.

It’s really expensive to send just three cases of wine to Europe from the United States. So Scott decided to get three of his winery friends together to start a company to export their wine to Europe. They put together a container of wine and the cost of shipping was a lot less, which allowed Finger Lakes wines to be at a price point that was easy for Europeans to buy.

The partners in the export company would frequently visit Europe and do tastings in wine shops. One year after they started, Scott was in his tasting room and a customer from Belgium came in. The customer said, “We met you at Melanie’s wine shop and we were so impressed with your wines that we decided to take our vacation in the Finger Lakes.” Scott says that happens to him at least 4-5 times a year now.

Staying committed and being open-minded helped Scott and Fox Run succeed for over 30 years. And, these world-changing collaborations have made a big difference for the Finger Lakes wine region.

The 3C’s of world-changing collaborations are Communication, Commonality and Commitment. I want to leave you with a bonus C before ending this series.

Cathedral thinking goes back to the medieval times when an architect, stonemason and artisan began construction on the large buildings that would become places of worship, community gathering spaces and safe havens. These visionaries began their work knowing it would not be completed in their lifetime, maybe not even their children’s lifetime. In some cases it would be three generations before the project was complete.

These were world-changing collaborations that created a future bigger and brighter than any one person could have done on their own. We are all Cathedral thinkers, building the travel and tourism industry, strengthening our communities and leading our organizations for future generations, making impacts with our time to build better communities and laying the foundation for our children and grandchildren for the next generation.

For more on Cathedral thinking, listen to Episode 44 and Episode 199 with Rick Antonson.

I challenge all of us to keep having those big visions that will have far-reaching impact, to build those world-changing collaborations. What visions do you have for the future and how can you build those collaborations to change the world? 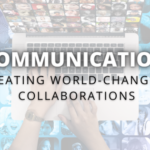 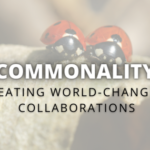 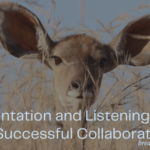