As one of the world’s strongest industries, Travel & Tourism generates prosperity across the world. This industry creates jobs, supports the export of goods, and creates incredible experiences. Plain and simple, it cannot be denied that tourism is an economic driver. As such, tourism at any level is positive to the economy. However, there’s a difference in economic impact with domestic travel vs. international travel. While domestic tourists (people who travel within the United States) spend money in communities around the country, those dollars are in the U.S. originally and are staying in the U.S. The reason international travel is important on a different level is it brings money into the U.S. economy from outside the country. So instead of moving our own money around, with international visitation, we have currency coming into our country that isn’t there originally. 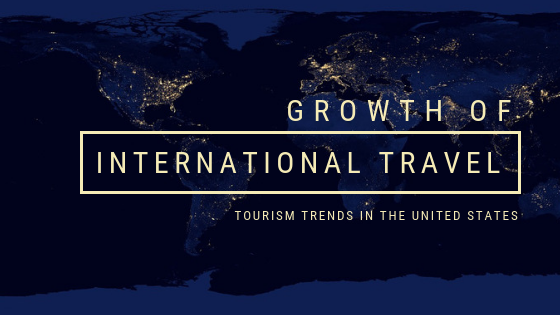 International travel or inbound travel to the United States is growing, however it is not increasing at the same rate it has in the past. Today we are going to take a look at some of the tourism trends in the United States related to international tourism. The U.S. Travel Association is the national, non-profit organization representing components of the travel industry. This association has recently shared findings regarding the state of inbound travel. Below are some key take-aways from their research:

The Global Economy is Strong and Long-Haul Traveling is Booming.

What this means is that people all over the world are travelling overseas. This is good news, but it also means more competition for the United States. Therefore, it’s important now more than ever that we work together to keep American destinations top of mind for international tourists.

The Average Annual Growth Rate to the United States has declined.

We shouldn’t be discouraged by the downswing in growth.

There is much for us to be excited about in international travel! International visitations to the U.S. (including overnight visits from Canada and Mexico) increased 0.7 percent and totaled $76.9 million in 2017. U.S. Travel Association – U.S. Travel and Tourism Overview (2017).

There’s plenty we can do to attract our friends from overseas.

There are many programs and opportunities available. Some ways to promote our attractions and destinations internationally are:

The most important thing to keep in mind is no one can do this alone. If we collaborate and work together, we will achieve much bigger and better results than we can working individually.

Need more suggestions? Listen to Episode 95 of Destination on the Left with Rhonda on How to Create Successful FIT Itineraries for Overseas Visitors.

Resources for this blog: US Travel and Tourism Overview – The State of International Travel – More from the U.S. Travel Association 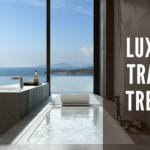