Keeping up with social media trends can be challenging, but marketers and destinations know the importance of keeping a finger on the pulse of new developments and emerging technologies. As part of my ongoing obsession with all things social media related, I took a deep dive into what’s new, what’s hot, and what’s changing. As we wind down 2017 and start planning for 2018, here are 5 social media marketing trends to watch in the coming year. 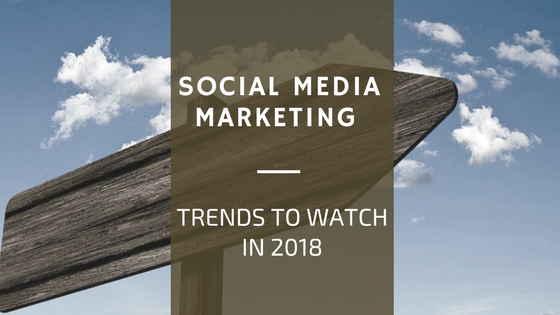 Not down the line, not coming, it’s here. If you need proof, look no further than Snapchat and Bitmojis (remember the dancing hotdog filter that went viral?) Bitmojis were first created as a “personalized emoji,” something a user could create to look like themselves. They are used in place of generic emojis. Snapchat bought the company, and rolled out an update with Bitmojis as an interactive part of front-facing camera filters. (Bitmoji have been available as lenses before, but until the update they were two-dimensional.) Augmented Reality (AR) videos feature Bitomjis doing things like yoga or drinking coffee, superimposed on whatever the user films.

Check out the video below to see the AR Bitmoji in action. Notice how the camera can change angles and rotate around the character continuously, without breaking the scene.

When Apple unveiled the iPhone 8 and iPhone X, they announced that both phones would come with new augmented reality experiences. In September, IKEA released their IKEA Place app that allows users to place furniture around their house in order to “try” before they buy. Other companies and platforms (looking at you, copycat Instagram) are sure to follow suit.

There’s even an unverified rumor that Snapchat is working on adding Bitmojis to their line of advertising choices for brands. Stayed tuned on this in 2018 – I wouldn’t be surprised if it were true.

2. Virtual Reality will continue to rise and grow

Following suit, Virtual Reality (VR) will continue to grow in popularity. Currently, cost and necessary technology are still a large barrier for those interested in virtual reality. Interactive VR headsets start at $100 – and the processer needed to run VR programs cost several thousand dollars. However there is industry growth.

Earlier this year, Facebook announced the launch of Spaces, a virtual reality platform integrated within Facebook itself. Given that Facebook owns Oculus, a virtual reality hardware and software company, it’s no surprise the company is working on a VR platform. Users will need an Oculus Rift headset, and they can join up to two other friends and hang out virtually. People can go live, send messages, join video chats, take selfies, draw 3-D objects, and more.

While Spaces is currently in Beta testing, Facebook scheduled a roll-out for Spaces in 2018. When that happens, it’s likely that it will be the first successful VR social media product at scale. Once that happens, it will only be a matter of time before the cost barrier is lowered.

How can the tourism industry make use of this? Picture yourself anywhere in the world – and look around. Take a stroll on the beach, belly up to a local bar, and see what makes each destination special. This is technology we’ve seen from start ups at the eTourism Labs and NYSTIA conferences in recent years. The difference here is that Facebook is launching the technology this time.

3. Video content will continue to rise – but it has to be better

But as video content continues to grow, it has to be better. It’s been said that “video content is like pizza – even when it’s bad it’s still pretty good.” I find that to be as true as “there’s no such thing as bad publicity.” AKA neither are true. Consider this: heightened popularity of videos + shorter videos (to match shrinking attention spans) = a recipe for a disastrous misunderstanding- as Dove recently found out. They edited a TV commercial down to a 6-second ad and things got seriously messy. The model of the ad in question weighed in and highlighted an important issue with videos that are shot and then chopped for social media – the original ad made sense, but the 6-second social media version did not.

Brands need to develop a new form of video – one that doesn’t always involve simply chopping up a TV spot. It’s been said that brands have 3 seconds to capture the attention of the viewer, but that’s also all it takes for something to come across as insensitive- or worse.

The ability to share video content easily and cheaply is a huge win for brands, it won’t disappear anytime soon. But as David Wilding, Head of Planning at Twitter put it, “video isn’t a strategy, it’s a tactic.” There must always be a strategy behind the video – one that includes platform length restrictions.

Need an introduction to influencer marketing, or a refresher? Here are details on how to work with travel influencers.

Ephemeral content is the most consistent trend to watch in 2018, but you may have never heard this term before (I hadn’t).

It is loosely defined as “any content that is impermanent,” but is more specifically content that is posted on a form of social media that lasts less than 24 hours. It also tends to lean towards video content (see trend #3). In short, ephemeral content is as short-lived as any content can be.

First popularized by Snapchat, ephemeral content is growing across all platforms, most noticeable Facebook and Snapchat (Twitter has yet to successfully capitalize on it – probably one reason for its declining numbers and popularity). There is far less pressure for consumers posting ephemeral content on Snapchat, versus Facebook. Facebook is the world’s most popular social media platform. Knowing that anyone from grandparents to employers can search your past photos changes the way people post. Conversely, people are less worried about posting on Snapchat because in 24 hours it won’t be searchable anymore.

Brands go where the people are, and the people are posting ephemeral content. How can destinations make this work for them? Consider Instagram– a platform where content can be permanent (photos) or impermanent (live streams and stories).