Please scroll down to start playing the video presentation.

Live Q&A will begin at 12:20pm EST on April 3rd in the chatbox underneath the presentation. 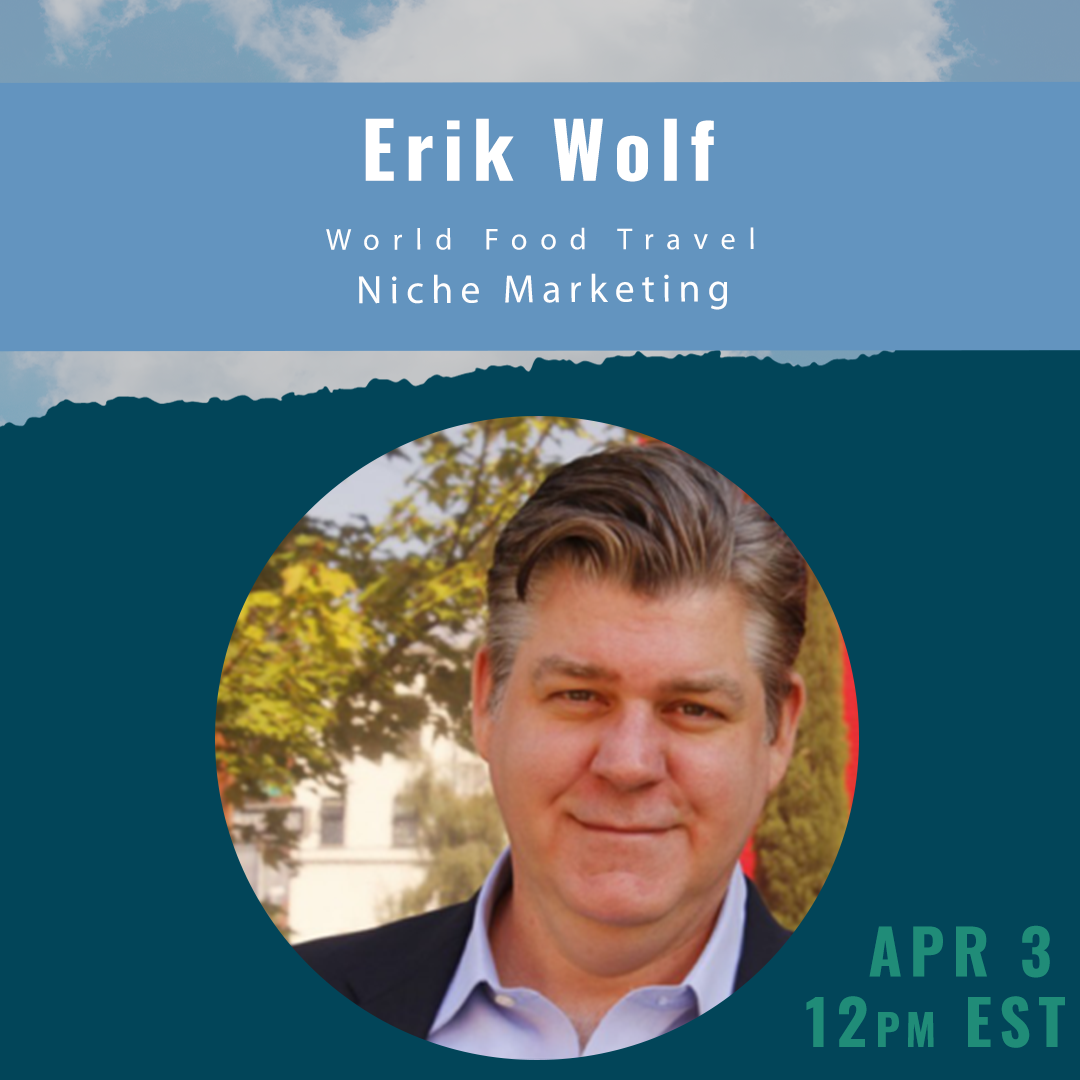 Erik Wolf is the founder of the world’s food tourism industry and of the World Food Travel Association. He is a highly-sought speaker, thought leader, strategist and consultant, in the US and abroad, on food and drink tourism issues, and is considered the go-to food tourism industry resource for media outlets that include CNN, the BBC, the Wall Street Journal, Newsweek, NBC, Forbes, PeterGreenberg.com, Huffington Post, the Australian Broadcasting Corporation, and many more.

Erik has consulted to leading global brands that have included American Express, Disney, Marriott and Royal Caribbean Cruise Line. He has regularly advised cities, regions and countries, and organizations such as UNESCO’s Creative Cities Network gastronomy program and the UNWTOs Gastronomy Network. His articles, research, and books have been translated into dozens of languages.

Fill out the form below to download the presentation worksheet.

←Back to April 2020 Summit Schedule