Twice a year, I Love New York (ILNY) hosts a Media Night in New York City – providing NYC based travel journalists an opportunity to learn about the many vacation regions within New York State. I have been fortunate enough to attend several of these media events over the past two years, representing the Finger Lakes Vacation Region – and sharing the many attractions and unique experiences of the 14 counties that make up the popular tourism destination.

On Wednesday, September 9, I jetted off to NYC once again for the 2015 Fall Media Night. I arrived at the Prince George Ballroom to set up for the culinary-themed event, armed with media kits, maps, and travel magazines showcasing the Finger Lakes. Three hours later, I left with a handful of fantastic media contacts, a bunch of great tourism connections and an overall excitement for the tourism industry in New York State. 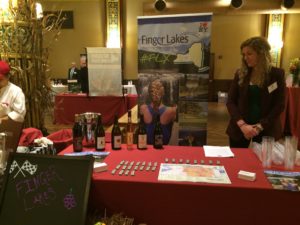 The Finger Lakes Booth at the ILNY Media Marketplace

Here are three reasons I believe this media marketplace was a success – and three takeaways for your next media event:

I have attended several media events – both through I Love NY and with other clients – and this particular event blew all the others away. Following a culinary theme, the I Love New York team invited chefs from around the state to join tourism professionals and showcase their talents by serving a dish local to their home region. I saw everything from an oyster-shucking station to a stuffed salt potato demonstration. The chef that came from the Finger Lakes made goat cheese flan with Riesling sauce that had everyone raving! 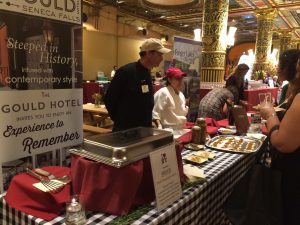 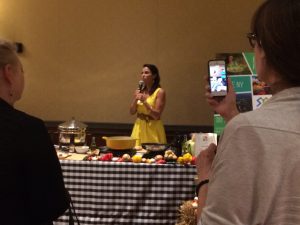 More importantly, though, it gave journalists a chance to sample dishes from the different regions of the state and ask questions about the local cuisine. And it moved people through the room instead of allowing them to congregate in one spot for the night – no one wanted to leave without trying a little bit of everything.

I talked to several journalists who were looking for a unique tourism angle that hadn’t been done before. My conversations ranged from an LGBT couple that wanted to take a road trip with their dog, to a woman interested in the area’s new wake park for a family travel piece.

At this type of event, the tourism pros were able to pitch their most exciting local attractions and features, while journalists went directly to the source and talked through ideas for a new story angle. This type of mutual relationship-building benefits both parties – with new ideas and stories constantly flowing.

It Gave the Big Picture

In the midst of all the feasting and festivities, the ILNY team took a minute to pause and give attendees the big picture. 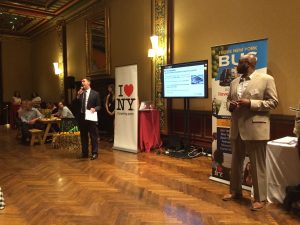 Tourism is the fourth largest industry in New York State. This is the most visited state by international travelers, and the money brought in every year by visitors makes a huge economic impact.

And the people in that room last week were the people responsible for making that happen. The tourism professionals, the group tour operators, and the writers covering interest pieces about the state are the drivers who encourage visitors to make New York their next travel destination. Together, at that event, we became a team.

5 Destination Marketing Campaigns That Blew Us Away in 2017